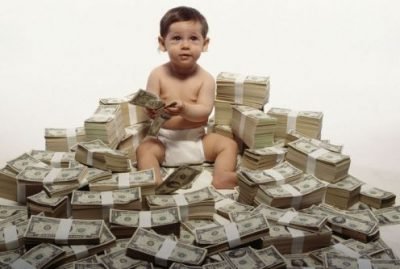 Has a loved one recently passed away? Did you learn afterward that the home they lived in was passed down to more than one heir? Usually, you get a lot more than just the property when you inherit a home – you get all the complications that come with it. We’ve been part of numerous contested heirship cases, so we know how to resolve conflicts like this.

A house can’t be sold until there is a title issue resolution. Most title dispute conflicts occur in the absence of a will.

When more than one person claims ownership of a house (assuming they’re not listed in a will), it’s known as heir property ownership. When a home is passed down after inheritance, the amount of interest holders goes up exponentially with every generation that passes. This raises the odds that:

Your odds of losing the property go up with each heir that claims ownership. Here’s how to bypass this problem.

Solutions For Selling a Property with Several Heirs:

If you and other heirs have inherited a home without a will present, there are ways to resolve property ownership without raising the number of interested parties as times goes by.

The owners can always be bought out. With numerous interests in the house, heirs tend to already have plans for the house. Some might want to hold on the property; others might want to sell it. If you want to be the sole property owner, think about buying out your co-heirs or family members’ shares. This is a popular approach when an heir has a connection to the house.

The property can also be partitioned by the heirs. This involves separating the land so each portion can be individually owned. Instead of co-ownership, each piece can be changed to sole ownership.

Partitioning is ideal since everyone obtains sole ownership, which aids in bypassing several conflicts that come with joint possession. If the house is unable to be partitioned physically or is too small, it can also be partitioned by separating the income once the house is sold.

This is a common choice with regards to property inheritance, and a will’s presence is irrelevant here. The home is prepared to be sold by the executor and placed on the market. Keep in mind that this process is rather time-consuming and requires cash, interaction, and effort.

Alternatively, if a fast closing is required, the home can be sold to an investor at a reduced rate. Most people choose this tactic since investors purchase a big percentage of inherited homes. For the most part, heirs don’t have the money or time to spend on preparing a house to be sold. Selling fast and splitting the money among the heirs works out for each person.

check out our next article!

The process as super easy. They were ready to close, but gave me the time I needed to move and even helped assist me in my move by providing a moving truck, which I didn’t expect at all. I can’t speak highly enough of Home Buyers MA – C. Renaud

Home Buyers Ma were very easy to work with. they kept their word from start to finish. They were very knowledgeable and we were able to close and finalize everything very quickly. I would definitely recommend them 100% – R. Adams

“Quite often investors are willing to pay cash for a home and with the recent tightening of financial restrictions, coupled with the growing number of complaints about low appraisals, having a cash buyer has become even more appealing.”

Get Your Fair Cash Offer: Start Below!